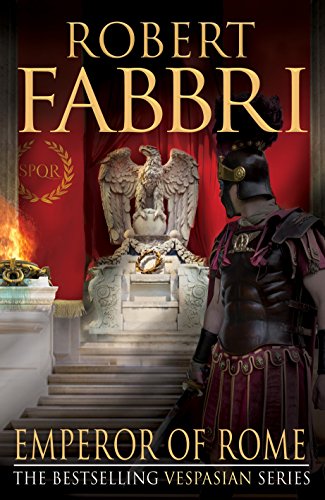 Rome, AD 68. Vespasian is tasked with the impossible. Should he quell the revolt in Judaea, as Nero the emperor has instructed, or must he resort to the unthinkable and sabotage his own campaign? If his conquest succeeds, he risks becoming the sole object of the mad emperor's jealousy. If he fails, then his punishment will be severe. The fate of his men and his beloved son, Titus, all hang in the balance.

But unknown to Vespasian, Nero has committed suicide, catapulting Rome into political turmoil. Sabinus, Vespasian's brother, is caught between the warring factions of Aulus Vitellius, a cruel opportunist, and the noble Marcus Salvius Otho, who finds himself severely outnumbered. Seeing no aid on the horizon, Sabinus must rely on wit, and wit alone, to ensure the safety of his family.

With a contested throne and an army at his disposal, now may finally be Vespasian's time - to ascend, to conquer, to achieve what countless prophecies have foretold and take control of Rome itself. Will Vespasian, at long last, be the one to wear the purple?