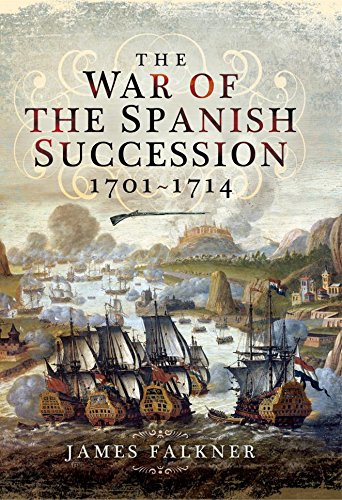 The War of the Spanish Succession, fought between 1701 and 1714 to decide who should inherit the Spanish throne, was a conflict on an unprecedented scale, stretching across most of western Europe, the high seas and the Americas. Yet this major subject is not well known and is little understood. That is why the publication of James Falkner's absorbing new study is so timely and important. rn In a clear and perceptive narrative he describes and analyses the complex political manoeuvres and a series of military campaigns which also involved the threat posed by Ottoman Turks in the east and Sweden and Russia in the north. Fighting took place not just in Europe but in the Americas and Canada, and on the high seas. All European powers, large and small, were involved – France, Spain, Great Britain, Holland, Austria and Portugal were the major players.rn The end result of eleven years of outright war was a French prince firmly established on the throne in Madrid and a division of the old Spanish empire. More notably though, French power, previously so dominant, was curbed for almost ninety years.