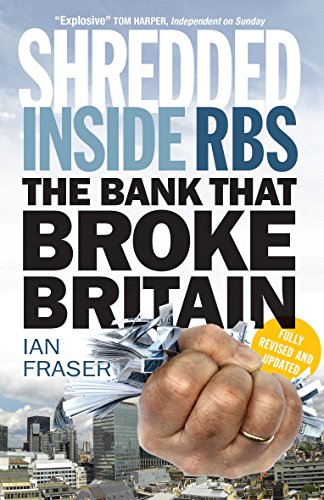 The Royal Bank of Scotland was once one of the most successful and profitable financial institutions in the world; revered, admired and trusted by millions of savers and investors. A trusted employer for tens of thousands of people, with branches on nearly every high street in the land. Now, the very mention of the bank’s name causes fury and resentment, and the former CEO, Fred Goodwin, is regarded by many as the one of the principal culprits of the worst financial crash since 1929. Now, for the first time, award-winning financial journalist Ian Fraser reveals how the ‘light touch, limited touch’ approach to financial regulation of New Labour and the aggressive, confrontational, autocratic and reckless style of Fred Goodwin led to disaster, not just for the Royal Bank of Scotland, but for everyone in the UK. And as more toxic secrets are revealed about Libor rate fixing and excessive bonuses, he looks at the future for the bank and examines its chances of ever regaining the public’s trust.