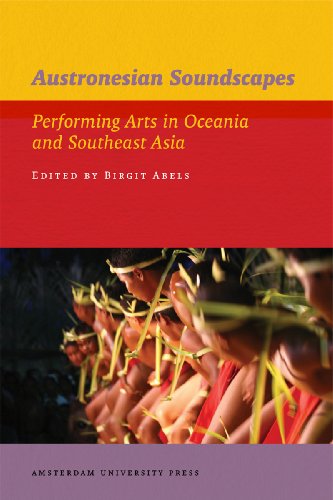 Críticas ""The book presents a kaleidoscope of issues, perspectives, and ideological constructs from purely geographic considerations to cultural and social realities that are ever changing and evolving. While the title of the book seems to set its borders on what is known as Austronesia, or Oceania and Southeast Asia, the essays are a global presentation of the different elements and infuences that have come from as far as Latin America and Europe. What is more revealing is the fact that in this book, the performing arts merely serve as a prism that reveals a whole world of subjects and conditions ranging from peace pacts, the zoo, rice cultivation, history, rituals, morality and education, spirits, gender, power, identity, hybridity, and even CD/DVD production.""[-]Ramon P. Santos, Ph.D. UP Center for Ethnomusicology[-][-]""The island world of the Pacific and Indian oceans, inhabited by peoples speaking Austronesian languages, has an extremely variegated cultural spectrum. This volume is organised as a musical view on the historical map of the Austronesian expansion, attempting for the first time to see how the performing arts contribute to understanding the interlinkages of this immense cultural area and thus providing a fresh and welcome view on these understudied, yet extremely diverse musical cultures.""[-]Wim van der Meer, Associate professor of world music studies, Amsterdam University[-][-]""'This highly interesting collection describes a wide variety of musical cultures, ranging from relatively self-contained and traditional societies to ones negotiating their relation to tourism and the international recording industry or to homelands distant in time and geography. A great virtue of these essays is their focus on the work of music and dance in society, on the ways that the arts depict issues of identity and conflict and seek to resolve them.""[-]Philip Yampolsky, Director of the Robert E. Brown Center for World Music, University of Illinois at Urbana-Champaign and Editor of Music of Indonesia series, Smithsonian Folkways Recordings[-][-] Reseña del editor Austronesian Soundscapes is a collection of essays on Austronesian musics that transcends disciplinary frontiers in the humanities and social sciences. In all of Austronesia, music plays a crucial role in the negotiation of cultural identities; yet research on the diversity of the Austronesian cultural belt's music has hitherto been rather sparse. Responding to this gap, Austronesian Soundscapes offers comprehensive analyses of traditional and contemporary Austronesian musics, investigating how music in the region reflects the 21st century's challenges. Ver Descripción del producto